No more going to the exchange office

Discoverers, crusaders or jetsetters, all praise the euro. It has made travelling more comfortable.

King Juan Carlos of Spain has it, Angela Merkel and also François Hollande. The Queen does not have him, but Queen Beatrix does. The royal houses of Denmark, Norway and Sweden can do without him. The Pope, the Prince of Monaco and the dwarf state of San Marino only managed to get him through detours. What is it that is so unequally distributed here? Our currency, the euro, which is often underestimated by many. On 1 January 2002, the new money arrived in twelve European countries.

With pomp and glory. It was probably the biggest currency changeover of all time. Other countries were added, most recently Latvia in January. Today, an estimated 335 million citizens in 18 EU member states use the euro, making it the second most important international travel and trade currency after the dollar. It is also part of everyday life for so-called passive euro users (without their own euro coins) in Kosovo and Montenegro. However, after years of financial crisis, the currency has lost many fans. And the refuseniks feel confirmed: In the United Kingdom, Sweden and Denmark it was never desired.

Frequent travellers praise the proverbial freedom of travel provided by the euro. For twelve years now, it has allowed restless explorers, cruisers on the world’s oceans and hip jetsetters to travel around the euro zone without a hassle, without any exchange fees or expenses. Anyone getting off their plane in Paris, Rome or Madrid today does not have to hurry to an ATM or exchange office to pay for a taxi to the city. He already has the right money in his wallet. And he can compare the espresso prices in Lisbon, Vienna or Athens with those at home without a calculator.

What can you do with the euro?

Even those who want to go further out into the world can only be given advice: Pack your bags full of euro notes! Because the euro zone is bigger than generally thought. Hardly known is the fact that tropical islands also belong to the euro countries, icy Antarctic regions, African enclaves, a Pacific atoll and many a famous small state.

What can you do with the Euro? Explore the small mountain principality of Andorra in the Pyrenees and wonder why the Andorrans have two heads of state: the Spanish bishop of Urgell and the French president, representatives of their large neighbouring states. To have fun in Irish Dublin, to visit the exotic Irish gardens – and to give the British a long nose, who force all visitors of the Queen’s birthday parade in June or the Tour de France in July to exchange expensive money. 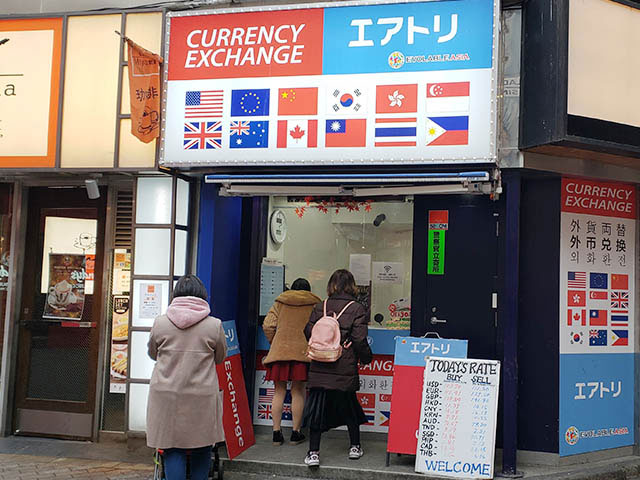 Observe the high weather in the Azores and stroll along lush hydrangea hedges on the flower island of Madeira. The two Atlantic archipelagos are Portuguese and thus Euro-island. The Spanish territory also extends into the Atlantic Ocean. The Canary Islands off the North African coast have a carnival like in Rio, dunes like in the Sahara and the last laurel forests.

But Spain offers much more. In Morocco the Iberians maintain the two exclaves Melilla and Ceuta, where they celebrate colorful Christian processions in the midst of the Arab world. Gibraltar, on the other hand, the monkey rock on the opposite southern tip of Spain, as a British crown colony, refuses the euro just as stubbornly as the British.

These tips from valuuttamuunnin will save you money.

We have already reported several times on the question of how and where one should change money in Poland. Unfortunately or fortunately, there is no golden rule for the best place to exchange money, because Polish law gives banks and exchange offices a free hand when it comes to pricing. Therefore it is understandable and normal that it becomes times cheaper and times more expensive to come to the Polish cash Złoty But: We nevertheless take the liberty of giving you a few important tips on how to save money when travelling in Poland.

In general, the small exchange offices (“Kantor”) are cheaper than the banks. However, this does not apply to exchange offices at Polish airports. Our test in Warsaw and Poznan showed that there is a lot of cash on arrival (see our cover picture). At a market rate of approx. 4.1000 Złoty for one euro, a buying rate of less than 3.500 was offered (as of April 2012). In plain language: When exchanging a sum of 100 Euro in Złoty, the exchange office keeps approx. 60 Złoty (i.e. approx. 15 Euro) for itself.